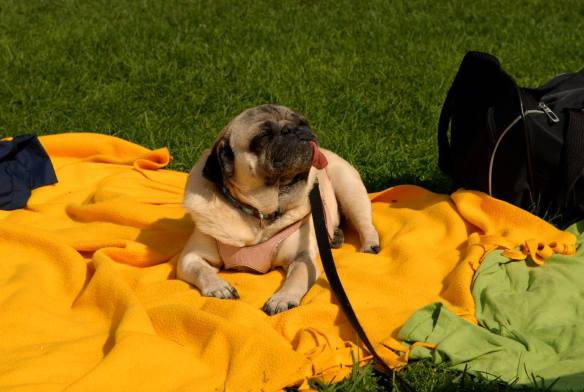 Best American Poetry 2015 (Sherman Alexie ed) is very disappointing- 5 good poems. 4 women, 1 man. This one is fabulous.
The others: It Was The Animals by Natalie Diaz; Endnotes on Ciudad Juarez by Natalie Scentres-Zapico; Goodness in Mississippi by LaWanda Walters; Dear Black Barbie by Candace G. Wiley.

“Is Spot in Heaven?” David Kirby

In St. Petersburg, Sasha points and says, “they’re restorating
this zoo building because someone is giving the zoo an elephant
and the building is not enough big, so they are restorating it,”

So I say, “Wheres, um, the elephant?” and Sasha says,
“The elephant is waiting somewhere! How should I know!”
When I was six, my dog was Spot, a brindled terrier

with the heart of a lion, though mortal, in the end, like all
of us, and when he died, I said to Father Crifasi, “/is Spot in heaven?” and he laughed and asked me if I were really

that stupid, insinuating that he, holy father of the church,
had the inside track on heaven entry, knew where
the back stairs were, had mastered the secret handshake.

Later we saw a guy with a bear, and I said, “Look a bear!”
and Sasha said, “Ah, the poor bear! Yes, you can have your
picture with this one, if you like,” but by then I didn’t want to.

Who is in heaven? God, of course, Jesus and his mother,
and the more popular saints: Peter, Michael, the various
Johns, Jospehs, and Catherines. But what about the others?

If Barsanuphius, Frideswide, and Jutta of Kulmsee,
why not Spot or the elephant or the bear when it dies?
Even a pig or a mouse has a sense of itself, said Leonard

Wolff, who applied this idea to politics, saying no single
creature is important on a global scale, though a politics that recognizes individual selves is the only one that offers

a hope for a future. Pets are silly, but the only world
worth living in is one that doesn’t think so. As to the world
beyond this one, as Sam Cooke says, I’m tired of living

But afraid to die because I don’t know what’s coming next.
I do know Spot was always glad to see me, turning,
himself inside out with joy when I came home from school,

wears Father Crifasi took no delight at the sight of me
or anyone, the little pleasure that sometimes hovered
about his lips falling out of his face like the spark from

his cigarette when the door to the classroom opened
and we boys filed in as slowly as we could. Those
years are covered as by a mist now, the heads of my parents

The future I can’t see, though across the river, it’s still dark,
but already you can hear the animals stirring:
the first birds, then an elephant, a bear, a little dog.

From The Cincinnati Review

Buy from an Indie bookstore here
Or try abebooks.com here