“I wrote this poem as a reaction to how friends and acquaintances responded to the news, and how Seth Rogen Tweeted, ‘The people have spoken! Freedom has prevailed! […]’ on the film’s release.

As a Korean-born person, it was always curious to me how many people in the US feel entitled to dehumanize North Korea

and condemn North Korea-South Korea relations under the name of humour and freedom of speech,

without enough awareness on the role of the US in the Korean War and the subsequent demarcation.”

SUBMIT your own poem: https://rattle.submittable.com/submit/30232 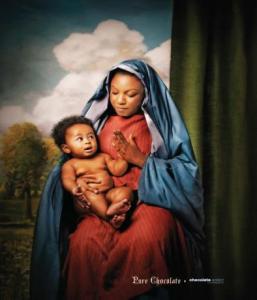 * For parents and others who love the adorableness of scallywags.
* I love how people squoosh language.
* Sometimes I look at old old poems and I feel amazing that words change and grammar too. It is pretty fantastic. “hebban olla vogala nestas bagunnan hinase hic enda thu wat unbidan we nu” Old (west) Dutch/old Kentish used to be very similar!!

Little brown baby wif spa’klin’ eyes,
Come to yo’ pappy an’ set on his knee.
What you been doin’, suh — makin’ san’ pies?
Look at dat bib — you’s es du’ty ez me.
Look at dat mouf — dat’s merlasses, I bet;
Come hyeah, Maria, an’ wipe off his han’s.
Bees gwine to ketch you an’ eat you up yit,
Bein’ so sticky an sweet — goodness lan’s!

Little brown baby wif spa’klin’ eyes,
Who’s pappy’s darlin’ an’ who’s pappy’s chile?
Who is it all de day nevah once tries
Fu’ to be cross, er once loses dat smile?
Whah did you git dem teef? My, you’s a scamp!
Whah did dat dimple come f’om in yo’ chin?
Pappy do’ know you — I b’lieves you’s a tramp;
Mammy, dis hyeah’s some ol’ straggler got in!

Let’s th’ow him outen de do’ in de san’,
We do’ want stragglers a-layin’ ‘roun’ hyeah;
Let’s gin him ‘way to de big buggah-man;
I know he’s hidin’ erroun’ hyeah right neah.
Buggah-man, buggah-man, come in de do’,
Hyeah’s a bad boy you kin have fu’ to eat.
Mammy an’ pappy do’ want him no mo’,
Swaller him down f’om his haid to his feet!

Dah, now, I t’ought dat you’d hug me up close.
Go back, ol’ buggah, you sha’n’t have dis boy.
He ain’t no tramp, ner no straggler, of co’se;
He’s pappy’s pa’dner an’ play-mate an’ joy.
Come to you’ pallet now — go to yo’ res’;
Wisht you could allus know ease an’ cleah skies;
Wisht you could stay jes’ a chile on my breas’—
Little brown baby wif spa’klin’ eyes!